It can be frustrating to look at your teen and see all their potential stuck behind an unmotivated exterior. You’re positive that if they just applied themselves more, they’d have the world wrapped around their finger.

The hard thing is that we all see the world differently, so as teenagers come into their own sense of self, they start redefining their priorities. It might be time for a check-in to see just what your teen needs to get that pep back in their step.

Before Anything, Consider Their Independence

Remember, the older your kid gets, the more independence they will crave, earn, and implement. Teenagers rely on their parents for far less than they did as children, and for the first time, they may like feeling in full control of themselves.

Instead of disrespecting their independence by running a house based on demands and shame, try to get into their head to understand how they uniquely self-motivate.

Reward the Good More Than You Criticize the Bad

Maybe you care about your teen doing well in school so they can consider college down the road, but they don’t. Ask yourself (or them): What do they care about?

If they have a favorite band, maybe you can look up tour dates and barter tickets in exchange for them turning in 80% of their homework this semester. Maybe every time they get a B or higher on a test, you buy them a new video game or take them out for their favorite dinner. Show them it’s something worth celebrating by literally celebrating it in a meaningful way.

Be thoughtful and consistent about how you dole out consequences.

Maybe on the days they forget to do their chores, they don’t get social time with friends or their phone for the night. You can even let them experience consequences that come naturally—for example, if they don’t do their laundry, they go to school in wrinkled clothes. Some teens respond better to more logical consequences like these.

Avoid Thinking of Them as “Lazy”

The relief of overcoming a challenge or the joy of accomplishing a goal is a uniquely human experience. We all crave it, we just all have different definitions of personal challenges and goals.

Labeling your teen as inherently “lazy” will only lead to them becoming a self-fulfilling prophecy. They will minimize darker emotions as carelessness and exhaustion as indifference. Get to the root of what’s getting in your teen’s way—because it is not a personality flaw.

Give Them Space to Have Bad Days

Sometimes, we as parents only give our children two options:

It puts teenagers between a rock and a hard place, so sometimes they choose to opt out entirely and not try. They may crave their own betterment, but fear the pain of finding out they can’t have it. As a result, they avoid the process altogether.

Show them a little empathy.

Consider saying, “You’ve seemed pretty down lately. I know you’re not a lazy person, so I’m guessing something must’ve happened. I’m here to talk through it with you if you need to get out of your head.”

They may immediately break down crying or they may roll their eyes and say you’re crazy… Then they may come back two days later after all the stress caught up to them and they could identify it themselves.

Life gets all of us down sometimes. To make sure your teen has someone to talk to about it, consider having them work with a counselor like myself. 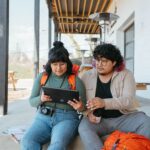 What Are Some Effects of Online Infidelity? 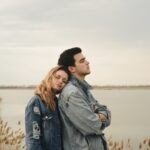