Most of us were taught to associate love and romance with monogamous relationships only. However, love exists in many forms! The number of people involved doesn’t define whether it is or is not a genuine relationship. As long as there’s consent from everyone involved, you may find that relationships are more meaningful to you when you add more people!

Consensual Non-Monogamy in a Nutshell

You may not have heard of the term “non-monogamy” before, but you’re more than likely familiar with it. Non-consensual non-monogamy is when someone else is invited into the relationship without one of the partner’s consent—a.k.a. cheating.

Consensual non-monogamy, however, means that everyone involved consents to the specific people and dynamic of the relationship. This umbrella term represents many variations of non-monogamy, from open relationships to polyamory.

Let’s break it down.

Open relationships involve one primary couple where one or both partners are “open” to sexual activity with people outside of the relationship. The person who isn’t in the primary couple typically has a specific role and is seen as a secondary addition to the couple.

Open relationships most commonly take place between couples who have been married/committed for a long time and are looking to spice it up in the bedroom by inviting another person. You make the decision together, and couples should establish clear boundaries about what sexual contact is okay and what isn’t.

While swinging is technically a kind of open relationship, couples who swing are typically more open to meeting with strangers, and tend to engage with more of a swinging “culture”.

Swinging is a diverse space. It could mean kissing strangers briefly at parties, or it could mean getting together with a group of friends you’ve known for years to swap partners.

Polyamorous relationships are relatively popular in certain cultures around the world. Polygyny, for example, is often seen in Muslim parts of the Middle East and Africa. It is when one husband shares sexual relationships with multiple wives whom have no sexual contact with each other. We sometimes see this in the U.S. as well.

The Tenants of Consensual Non-Monogamy

Some people think that having a relationship with multiple people dilutes the relationship you have with each individual. This isn’t true.

Consensual non-monogamy idolizes the same standards that monogamy should—no lying, no sexual pressure or coercion, and no making decisions that affect the relationship without everyone’s voice present.

Everyone’s relationship is unique, even in monogamous relationships, so every relationship should have its own unique set of expectations. With consensual non-monogamy, couples should consider a few things before introducing another cook to the kitchen…

For consensual non-monogamy to work, you need to take genuine interest and care for your partners’ feelings. You need to establish a foundation of trust, vulnerability, and communication. If boundaries get crossed, it’s important that you each have the reflective tools and communication skills necessary to problem-solve without feeling betrayed.

To better understand how your own insecurities, upbringing, and preferences may affect you in a consensual non-monogamous relationship, work with a therapist! Schedule your first appointment today. 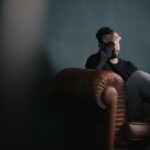 4 Tips to Manage Stress in an Uncertain World