You may have heard the saying, “Addiction is a disease, not a choice.”

That doesn’t mean it’s like the flu and that anyone can catch it if they’re around a bottle of whiskey long enough. It means that some people are more predisposed to addictive tendencies and behaviors when it comes to drug and alcohol use than others are.

Researchers estimate that genetics alone account for 40-60% of someone’s chances of becoming addicted. It’s not a moral shortcoming, and it’s not as simple as a “bad habit” to break.

Here’s what you need to know about the hereditary aspect of addiction.

Digging into the DNA

DNA, or deoxyribonucleic acid, maps out and controls the production of every cell in our body. If we zoom in on a strand of DNA, we would see a series of gene sequences that make biological choices for us.

These sequences also control the production of specific proteins in our body, and how well they function. How these proteins function can determine a person’s vulnerability to addiction. Take the neurotransmitter, dopamine, for example.

Certain proteins in our DNA can shape how our body manages dopamine levels in the brain. We get a hit of dopamine whenever we do something accomplishing or exciting, like finally finishing your taxes or biting into a chocolate lava cake.

Dopamine and the Protein PSD-95

Researchers in a 2004 Duke University Medical Center study found that the protein PSD-95 had a strong correlation with a mouse’s tendency to become addicted (or not addicted) to cocaine. Mice with normal amounts of it were better able to navigate and learn a maze than mice with lower amounts of it.

This could be because they felt some sense of accomplishment (read: felt a hit of dopamine) as they learned the lefts and rights of their path. Dopamine drove them to finish the maze.

Mice with low amounts of PSD-95, however, were both less likely to learn their way through the maze and more likely to become addicted to cocaine. Drugs like cocaine, morphine, heroin, nicotine, and alcohol mimic pleasure-boosting neurotransmitters in the brain like dopamine.

Therefore, mice—and people—compromise their brain’s ability to produce healthy levels of dopamine by replacing it with hits from a drug. After continued use, it can reshape the neural pathways in your brain to the point where you no longer feel okay without the drug present.

You can see how quickly this becomes a problem for people in families with naturally low levels of PSD-95, and therefore compromised dopamine management.

Replacing Biological Systems with Drug Use

Thousands of years ago, the pleasure-centers in our brain were imperative for things like identifying high-calorie food to help us survive. In a modern world where things like fast food have become streamlined, we no longer rely on these pleasure-centers for survival, though they still function the same. Our brains have not evolved even close to the rate that our technology and society has.

By taking advantage of these pleasure systems, eventually addicts convince themselves they can’t avoid the discomfort of depression or anxiety without hitting their drug of choice. It’s biologically backed by their own body.

Down the road, long-term drug use can lead to impaired cognitive abilities, memory loss, anxiety, paranoia, depression, and a higher risk for dementia and strokes.

Fight Addiction with Treatment, Not Willpower

Addiction is a purely neurobiological condition. No amount of willpower can convince your brain that this drug isn’t the gasoline it needs to start its engine. While anyone can stop after the first hit, the drug is already priming the brain for a second.

For some people, it primes the brain all too well, until the tenth hit is no longer a choice.

If you think you’re struggling with addiction, schedule an appointment with us today to start working towards the best version of yourself. 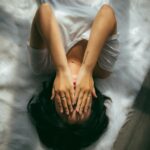 What to Know About the Hereditary Aspect of Addiction

Is Infidelity Really as Common as It Seems? 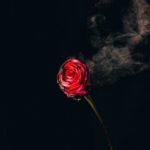